I love soup! I love to MAKE soup! Even more, I LOVE to eat soup!

It doesn’t really matter what kind of soup, I like most of them, thick enough to hold up the spoon, or thin, it doesn’t matter. Given a preference though, I would choose a thicker soup, sort of between stand-the-spoon-up-in-it and runny.

Today I decided, though it is 1 degree above zero (perfect for soup, don’t you think?) and a bit windy, I will make Soup-to-Share.  Going out in the cold isn’t at the top of my list of things to do, but the sun came out, the sky is a beautiful shade of blue, the snow is sparkling and I am going to do this! Besides, tomorrow’s high is supposed to be below zero, so the soup will taste even better!

A couple of days ago I saw an old friend I hadn’t seen in awhile and discovered in visiting with her that she and her husband have had some health problems. They have no family nearby. I told her then next time I made a pot of soup to big for me to eat, that I would bring them some. I hope they like the kind I made.

Well, what kind is it, you ask?? I like to use whatever I have on hand when I make soup, unless I am using a specific recipe. Oh, yes, I do use recipes. Not always, but I do find them at least a good starting point. I do not have my mother’s talent for just throwing things together.

How does Smoked Salmon Chowder sound to you? I don’t know if it is really chowder, but that is what I am calling it. This is a hearty dish, so one bowl will be plenty.

You can make yours however you wish, but I prefer fresh ingredients when I have them. Shortcuts are nice, and I am forever thankful for whomever discovered preserving our bountiful harvest through canning and freezing (and dehydrating) for those times when there just isn’t anything fresh available.

Let me state here that ‘available’ means whatever is in my kitchen, not in my local grocery 13 miles away, or the specialty stores, a drive of 60 miles.

Begin by finely chopping or dicing 3 russet potatoes, carrot sticks left from the relish plate (enough to make about a cup), 2 stalks of celery (throw in the tops for flavor-you can fish them out later), and half of a large onion. Now, for this chowder, I like the vegetables pretty small. So, in this case, diced is about 1/4″-3/8″. No one is going to measure, so if just want to chop into small pieces, go ahead. 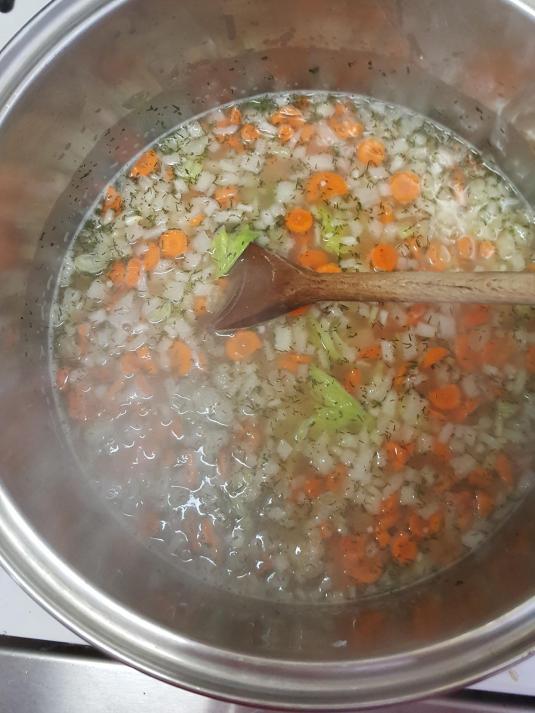 Dump these in a 6 quart stock pot with a quart of chicken broth.

Bring to a boil. Reduce heat and simmer 15-20 minutes or until vegetables are tender. Add the secret ingredient…instant mashed potatoes, about 1-1/2 cups. This thickens the soup.  You could add more, or less, or not at all. If you want your soup thicker and don’t have the potatoes, use a bit of flour mixed with water and add it to your soup. Just be sure it thoroughly cooks or it will taste like raw flour. Fish out the celery leaves. (Or, if you have leftover mashed potatoes you could add a cup of those instead of the instant).

Add 2 cups whole milk, 1 cup whipping cream and 2 cans evaporated milk. You could use all evaporated milk, but I had milk and I had cream. And, if I didn’t use them they might go bad in a few days, so, in they went. One bowl as shown below is VERY filling. So, it doesn’t really matter that you are using all the BEST ingredients. This is NOT the place to substitute skim milk or 2% for the milk and cream! Trust me. 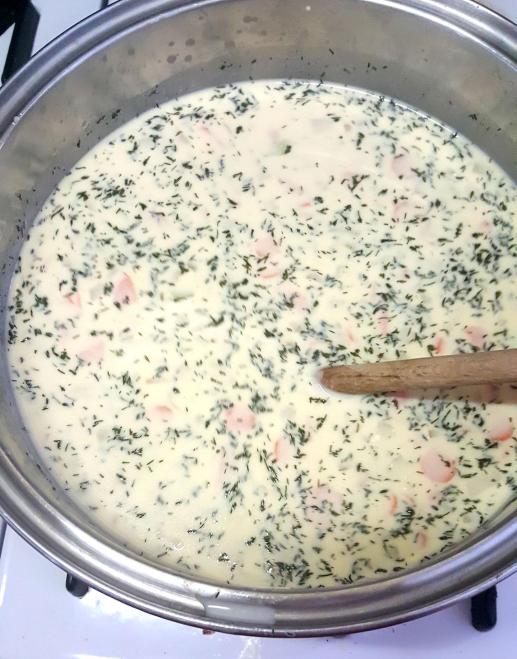 You can substitute all you want. However, if I say ‘use butter’ and you use something else, well, darn! It just won’t taste the same! I hear this all the time, “Mine doesn’t taste as good as yours.”

Hello! Substitutions make it taste different. (‘Course you aren’t tasting mine, so maybe it doesn’t matter at all) Skim milk just won’t cut it for this soup!

Taste and adjust seasonings if necessary. Add 1 can cream style corn and 1 POUND of Norwegian smoked salmon. Yep, a pound. The kind I buy is sliced, ready to put on a platter and serve, so I just cut each slice in about 6 pieces. (Do the whole filet at one time, not individual slices!) If you don’t have access to a filet of smoked Norwegian Salmon, you could just use a can of salmon instead. 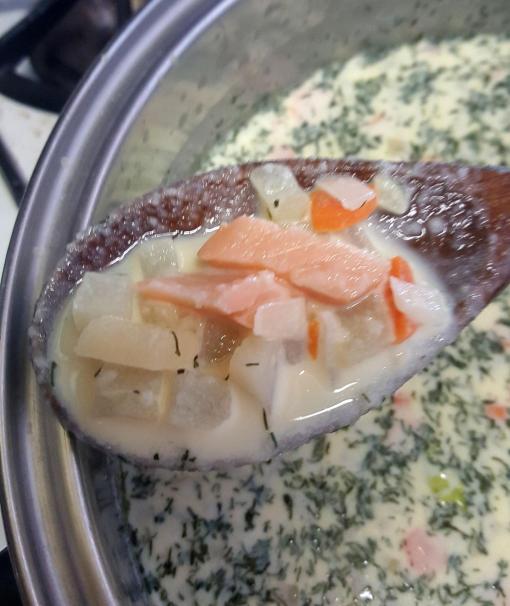 Now, I could have been totally selfish (I was tempted) and devoured the whole pound myself and called it dinner. But, I thought it would taste good in the soup, and IT DOES!

I hope you enjoy this soup. Normal type of recipe follows, minus my meanderings. 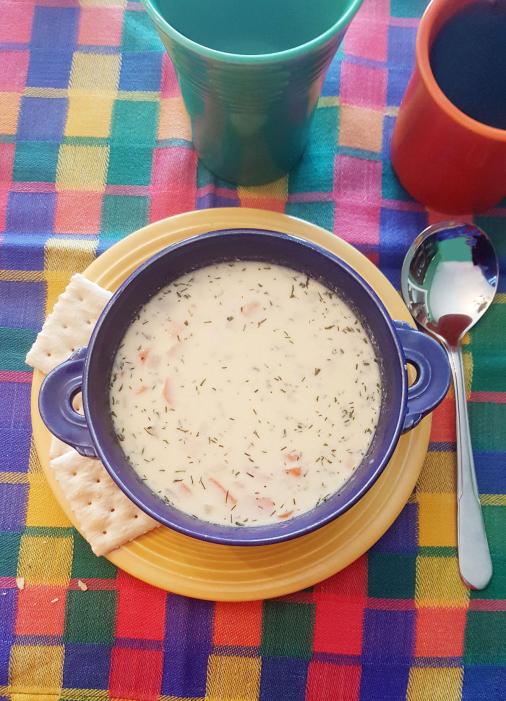 Add the vegetables and seasonings to the broth and bring to a boil. Reduce heat and simmer 15-20 minutes or until vegetables are tender.

Add milk, cream and evaporated milk, heating to near boiling. Do not boil.

Add the corn and salmon. Heat through. Serve.

Makes ABOUT 15 cups. How many servings you get from that is up to you. The bowl shown above holds one cup, and was plenty for me.

I live on a farm in Iowa and love to create! Card making is so much fun as well as rewarding when you send them to brighten someone's day. I am a photographer, knitter, and gardener and have dabbled in other crafts as well. I also do volunteer work and babysit grandchildren occasionally. Usually I have at least one book that I am reading, sometimes 2! (a serious one that takes time and thought, and a quick read mystery). Sometimes there aren't enough hours in a day. View all posts by Julie Johnston 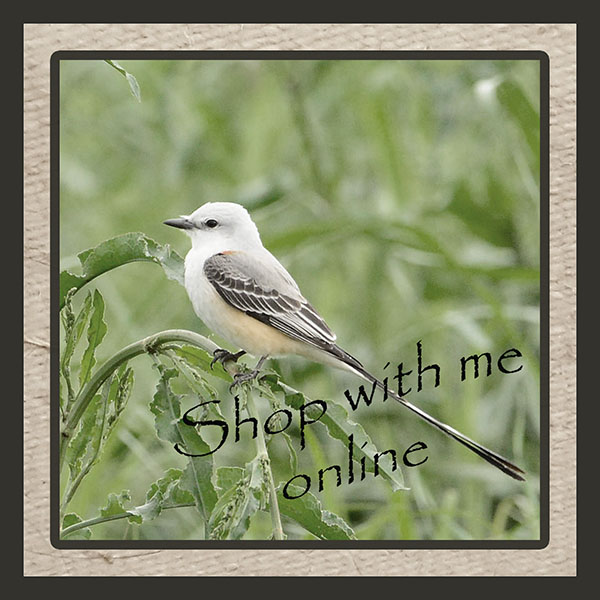 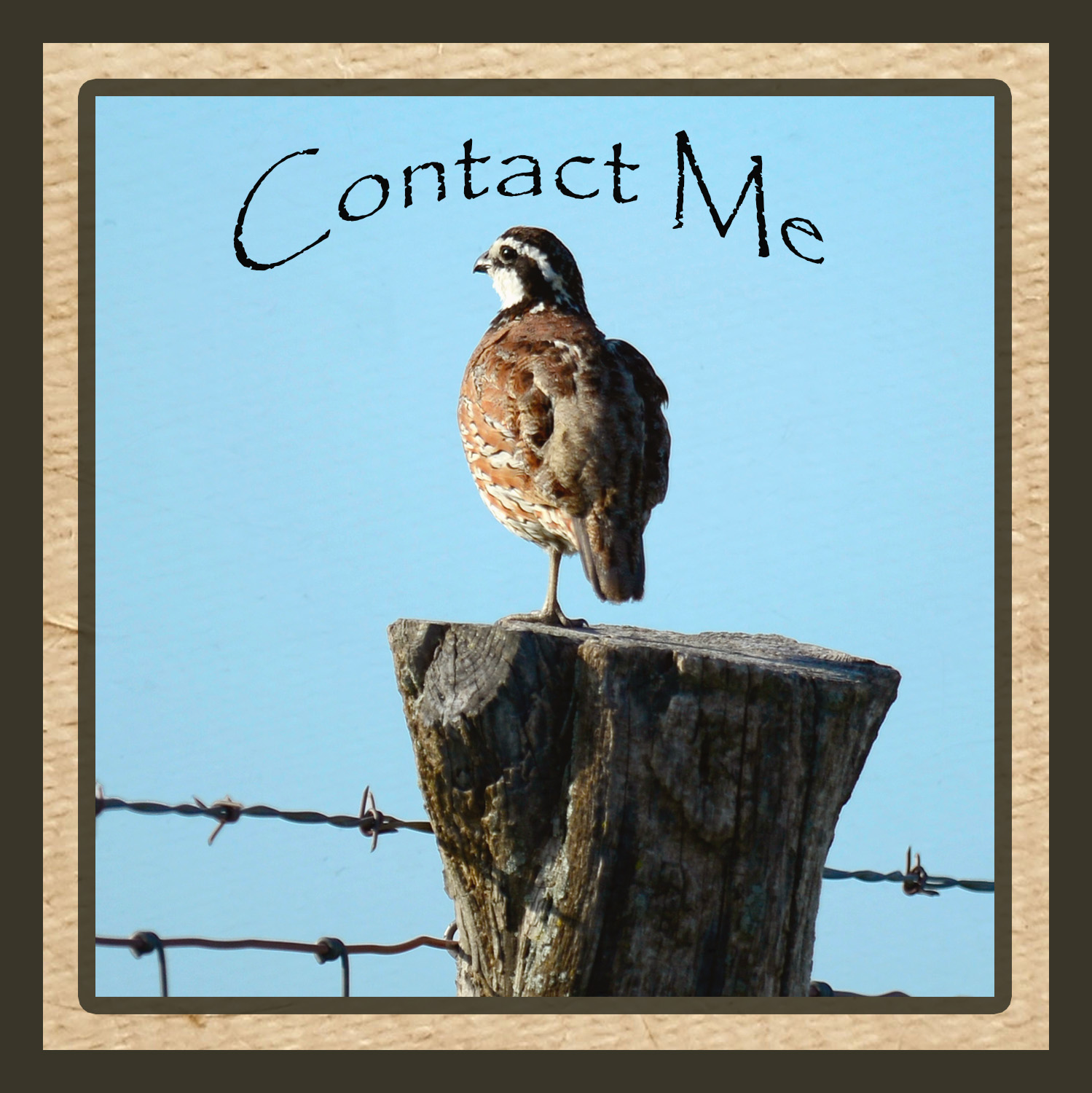 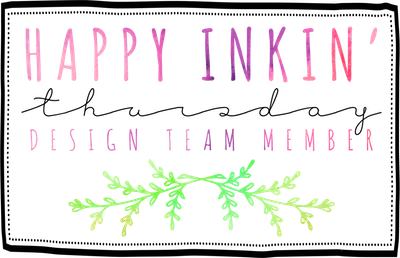 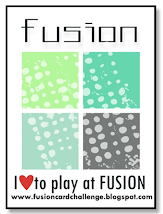